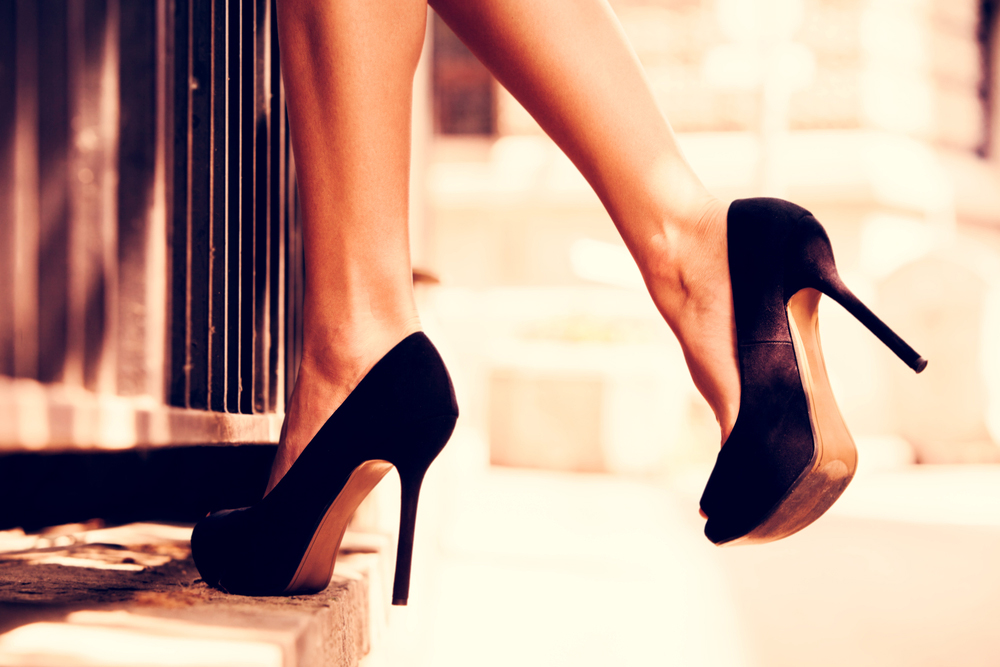 10-years Cancer-free and Clicking my Heels!

A brush with cancer can change your life. And rightfully so––mortality is the mother of all wake up calls. I know it sounds warped, but sometimes I think everyone should experience a little health scare at some point in their lives to create a more glass-half-full mentality. Being alarmed into an awakening is not exactly the optimal way to arrive at what really matters in life, but there are some advantages.

I was diagnosed with melanoma shortly after I had my first child. It’s something I will never forget, and subsequently I frequently reflect on it. My daughter was two-months-old. Being a new mom, I was still figuring out how to balance my business and motherhood; I was sleep deprived, nursing, and my hormones were running rampant. It’s never a good time to get a phone call informing you that you have malignant melanoma. But that window of time seemed particularly overwhelming.

The doctor on the other end of the phone told me the cancer was caught early, and that I would not need chemotherapy. He said I had a good chance of being cancer-free as long as the margins were clear after the melanoma excision. Looking back now, that was positive news. At the time however, I recall hearing the words “melanoma” and “chemotherapy” and a chill ran through my entire body. I had a sick feeling of helplessness and feared for my family and my future. Tears began to well, and they would not stop. I tried to mask the anxiety in my voice and thanked the doctor for the “good news” as he kindly transferred me to the receptionist who would help to arrange my forthcoming melanoma surgery.

I scheduled the surgery A-sap. I wanted it gone. Within one week, the surgery was performed and about a week after that the pathology came back (waiting was the worst). Turns out it was deeper than the original biopsy had shown and the margins were not clear. Perhaps post-pregnancy hormones had an effect, but whatever the reason, I scheduled a second––more invasive––excision right away. This time all the margins came back clear! Amen to that.

I was told once the wound healed I could have cortisone injections into the area in order to minimize the scar and plump up the dent in my leg from the excision. I didn’t want to mess with that; instead I proudly don my melanoma indentation (which has since minimized on its own over the years). I look to it as a daily reminder of how blessed I am. Since then I’ve had countless biopsies—several of which were precancerous—but thankfully… 10 years later, no reoccurrence of melanoma! God is good.

I look back and realize that entire experience was defining for me. From that moment on my life would never be the same. Instead of making a deal with the devil, I made a deal with my soul. I pinch myself every day as a reminder that there are no guarantees in life. Sorry to sound cliché, but every day is a gift, and I choose to live each day with gratitude.

A former colleague of mine used to sarcastically say to me “not everyone sees the world through the eyes of Cindy Brady.” My positive attitude apparently got on his nerves. But then again everything did ;). I’d rather be known for being pleasant than just the opposite. And pleasantness should never be mistaken for weakness. You can be successful without leaving a trail of casualties. The way we live our lives, conduct our businesses, treat our customers, clients, and colleagues is all part of the mosaic of our brand. It tells the story of who we are and what we represent. Proof is always in the pudding, not in pretending. Authenticity and experience matters more than ever.

Do I have bad days? Absolutely. Am I still tested by life’s challenges? Of course. We are all human. But I remember to smile, be humble, and try to keep things in perspective––this from a native New Yorker! We live in a digital world where so many of us are overworked and overwhelmed. Life is short and can be very fragile. In most cases you get what you give.

Try not to let small stuff or small people suck the spirit out of you. Breathe, love on your family, revel in friendships, smell the salt in the ocean, enjoy life’s ups (and downs!). And next time you are having a bad day… remember to carpe diem from this cancer-free friend!

FYI: One American dies from melanoma every hour according to the American Academy of Dermatology. Survival rates can be as high as 97 percent when found early. Get an annual skin exam from your dermatologist to help spot skin cancer early :).