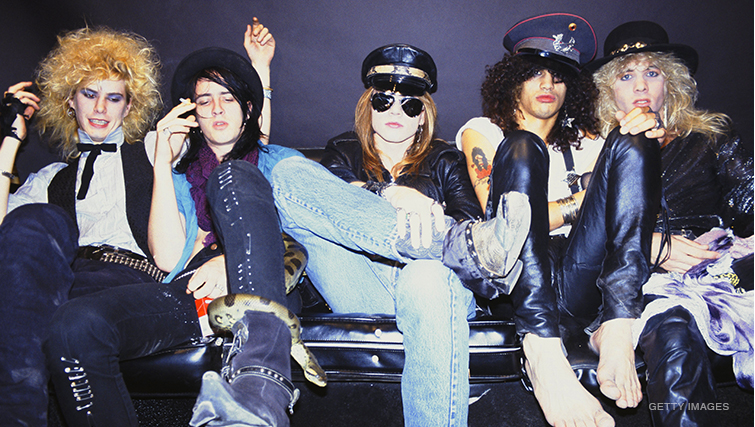 When I was in my early twenties I had my 15-minutes of fame. I appeared in a Guns n’ Roses video. Growing up in NYC, I’ve never really been what I would consider “star struck”. I’ve been exposed to legendary rock stars at local restaurants (Billy Joel, but who’s name-dropping), A-list movie stars being filmed on street corners (Robert De Niro and Robin Williams in The Awakenings), and myriad of celebrities walking down city streets (David Letterman, Diana Ross, Drew Barrymore, Rob Lowe and Cameron Diaz for instance). I even played pool with actor Matt Dillon and his brother, but I digress. Appearing in a Gun n’ Roses video, was huge. Epic, in fact.

Let me set the stage. Axl Rose was dating Stephanie Seymour then, and at that time she was plastered all over Victoria’s Secret runways. She was the “it” girl. So as you can imagine, being even remotely associated with that inner circle was beyond wild. Other than the day I got married and when my kids were born, it is classified in my memory as the coolest experience ever. I got to drive around Manhattan all night in a van with the band members while the video was being filmed; we stopped at plenty of seedy strip clubs to shoot certain scenes. Under any other circumstances, these clubs were not hot spots on my velvet-rope list, but with the band in tow, bring it on!

Afterwards, we went back to the hotel and went up to their suite for pizza. Seriously. Just pizza.

We sat around, smoked cigarettes (hey, it was the 90’s!), laughed and talked about the life of bad-boy rock stars. They shared lots of crazy stories. We ended up at the “boxers or briefs” debate. Surprisingly, one band member came clean that if he wore any underwear at all, he wore boxers. Don’t ask which one. A girl’s got to keep some secrets ;).

They were cool. They were normal. Well, as normal as can be expected, given the magnitude of their fame. They even set me up with tickets and backstage passes to their upcoming concert where I got to hang out with Slash… but bring my best girlfriend, who was stoked. It was the most amazing gig of a lifetime.

Fast-forward 20+ years. Today is the most amazing gig of a lifetime. Be your own rock star!